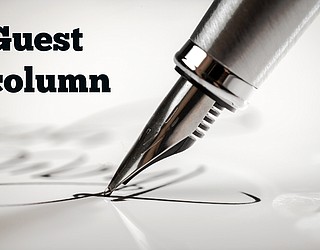 The suicide rate among American youth ages 10 to 24 years old rose by 56 percent between 2007 and 2017, and is the second leading cause of death for this age group, according to the Centers for Disease Control and Prevention.

Flagstaff Medical Center’s Emergency Department saw 193 pediatric patients with a diagnosis of suicidal ideation or attempt between Dec. 1, 2018, and Nov. 30, 2019.

When it comes to understanding and preventing the tragedy of teen suicide, it’s important to meet kids where they are. Northern Arizona Healthcare’s FMC’s Pediatric Trauma Program Manager Gretchen Lerch, RN, and a group of Northern Arizona Healthcare colleagues recently collaborated with counselors at Sinagua Middle School in Flagstaff to help fight the disproportionately high rates of suicide among young people in northern Arizona. The Guidance Center also participated.

“When I was working in the Pediatric Intensive Care Unit, I found that the most challenging cases were the suicides and attempted suicides,” Lerch said. “It affects the nurses – myself and my work family – deeply. I thought, ‘If we can reach these kids at the front end, we won’t have to reach them at the back end, when we’re rolling them down to donate organs.’”

In the second week of December, the NAH colleagues went in pairs to Sinagua’s English classes with a program called “Mental Health Matters.” They spoke about healthy ways to handle depression and anxiety while giving the students local resources, answering questions and completing depression screenings. The colleagues followed up on students who said they, or a friend, experienced depression, anxiety or suicidal thoughts by giving their names to the school counselors – a total of 65 students.

“Reducing the stigma surrounding conversations about mental health is an important step in letting our youth know they're not alone,” said Meg McGough, RN. “It meant a lot to me to be able to be a part of that effort in my own city – to let our young people know that there are resources out there for them and a community that cares.”

Sinagua Principal Teri Popham called the collaboration a success. “I think the volunteers gathered, and offered, good information,” she said. “I’m really pleased we could offer resources for kids on this very important issue.”

The colleagues plan to visit more middle and high schools with “Mental Health Matters” in 2020. Dates are to be determined for the upcoming semester.