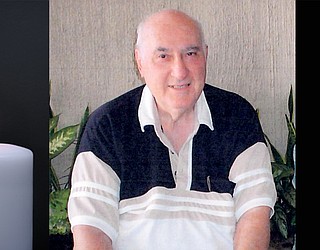 He is preceded in death by his wife of 65 years, Louise Fritsinger and is survived by his four children, Chuck and Kathy Fritsinger, Connie Bracher, Cindy and Johnny Cox, and Craig and Alyson Frit singer, 12 grandchildren and 16 great grandchildren.

Chuck was born on March 3, 1924 in Superior, Nebraska. He served in the United States Army and received a Purple Heart. Chuck started his career as a homebuilder, later he partnered with the United States government, building government buildings. Among the many was the Williams Forest Service building located on the corner of First street and Route 66. Chuck built many homes, apartments and condominiums projects in Williams; he was a visionary. Chuck devoted many years of service to others, including Sertoma, Rotary and the American Legion.

Chuck also served on the Williams City Council and loved the connection with his community.

He is loved and will be missed.