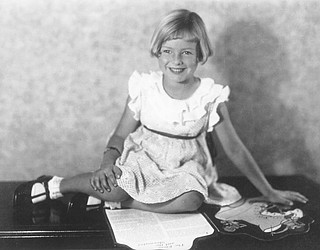 Gladys Lechner, 90, of Williams Arizona, went to be with the Lord on March 30, 2019, after a long struggle with Alzheimer’s.

Gladys was born to parents Leona and Cot Brems on December 5, 1928, in Los Angeles, California. She graduated from Inglewood High School in 1948 and then went to work for Pacific Bell Telephone Company. Here she met and married the love of her life, a World War II Veteran named Edward. She loved watching him build and race his “Cracker-Box” boats. For the next 70 years, she forged a new life with him and never looked back.

Gladys lived in various places over the years where she affectionately raised her children. She moved to the mountain town of Big Bear Lake, California during the 1950s, where she managed a family owned motel business. As the years progressed, she enjoyed watching her children ski competitively and became increasingly involved with the Elks Lodge. In the mid 70s, she moved out of the mountains and became a “flat lander” in the desert town of Apple Valley, California. Here she continued to raise her brood of children. Skiing practice soon gave way to swim practice and the Elks functions were replaced with Gem & Mineral Club meetings. Throughout these years, her selfless devotion to her family never diminished.

During the 1980’s, Gladys decided to re-enter the job market. She first worked for the 1980 Census and then established herself in the real estate industry. She founded a property management company, which to this day, is still in business. Then in the mid 90s, and after her last child left home, she sold her stake in the business and moved to the small town of Williams, Arizona. Here, with her husband, she retired and spent many happy years playing with her doggies, working in the Kiwanis Club and creating beautiful jewelry out of rocks she prospected herself. Gladys will be missed by many. She leaves behind nothing but beautiful memories.

In keeping with the wishes of Gladys, there will be a small memorial service for the immediate family held at a later date. A Facebook memorial page was created for her and all are welcome to share their memories, pictures, and final words to her there. Also, in lieu of flowers Gladys requested a donation made in her name to Catholic Charities USA.